Skip to content
You are here
Home > Technology > What Exactly is a UPS Battery? 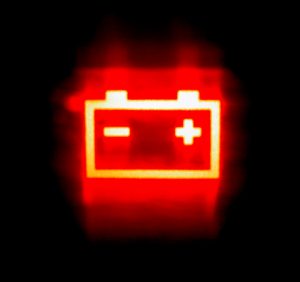 What Is A UPS Battery Used For?

No matter what you are using it for, a UPS system is capable of backing up your electronics with the built-in battery system. In the event of a power failure, it can continue to provide your computer with enough energy to save the files you are working on, keep your surveillance system running, among many other things. UPS stands for “Uninterruptible Power Supply.” It is a system that is intended to respond immediately following a power failure. That being said, don’t confuse it with a battery backup. By knowing the critical differences between the two systems, you should be able to find the right one for your use-case.

What is a UPS Designed to Do?

A Vertiv UPS system is meant to act as a sort of bridge between what is your main source of power and your backup source. Even if you have an expensive and large battery backup system in place, it can take a good amount of time for it to kick into gear. Not only is it late in response to losing power, but it has to heat up and begin drawing power from the alternate source. Thus, a lot of places use these types of systems especially if they have critical equipment they need to run and/or protect. For instance, in a hospital, the moments or gap in between a battery backup kicking in could end up being a matter of life and death. A UPS is designed to cover these gaps to deliver power almost instantly. The UPS responds as soon as the power goes out and it can end up helping you run gear you would otherwise immediately lose control of.

What is a UPS Incapable of Doing?

One of the things that you will want to do when you are looking to purchase a UPS system is to know its limitations beforehand. It’s important to go into the process knowing that it is not designed to be a backup by itself. The actual battery that you connect to your UPS system is not going to be capable of providing sustained power for a few minutes. Because of this, you want to have a real backup system that it can bridge the gap to. That way, you can use the UPS as a bridge as it was intended to be used.

Other Functions of a UPS System

While it is true that the UPS battery’s primary function is to cover the gap between both backup power and power failure, it is also going to help to provide much better reliability to your system even during normal conditions and circumstances. This is primarily because a UPS system has to be very sensitive to fluctuations in the incoming power supply to be able to respond as soon as the power goes out. Thus, if you are located somewhere that experiences a lot of power outages, you are likely going to want to use a UPS system as a way to sustain a level amount of power during these dips from whatever your normal power source is. In these specific cases, your UPS system is not going to bridge the gap nor hand-off the power responsibility to the backup system that you have installed. Instead, it will keep things from going out to avoid damaging your equipment and to keep things running smoothly. You can achieve this by installing and using the UPS system as a middle man of sorts to protect your equipment from energy fluctuations. This type of setup where your UPS is in the middle will allow the UPS system to consistently recharge itself to avoid having to worry about your UPS battery draining or depleting.

By getting a UPS and adding it to your existing setup, you should be able to add more time as a buffer for your full backup system to kick into gear or give yourself plenty of time to save and properly shut down your computer or other gear.