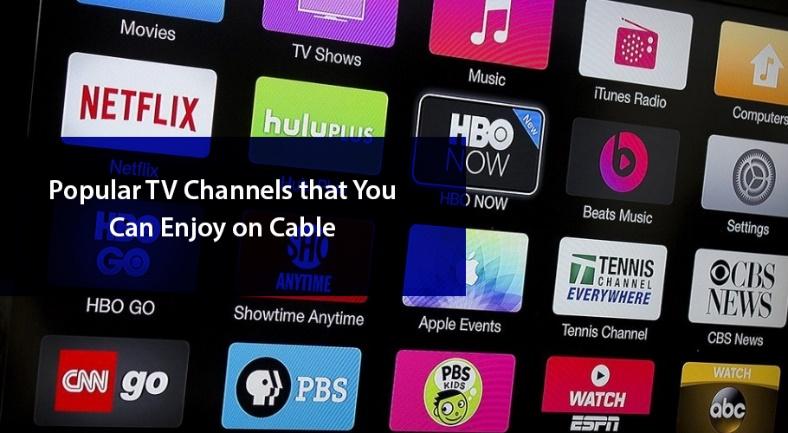 There was a time when cable TV was our sole source of entertainment. Families would gather around the television to catch their favorite shows that could only be seen at that one time of the day. Today, things have changed. Most of us have cable TV in our homes because we are used to it. Many subscribers have opted to pay the monthly fees of online streaming services instead of paying the heftier cable TV subscription fees.

However, there are a lot of reasons you should stick to cable TV. You have access to multiple channels that offer you the chance to view all new TV shows, live streams, and sports without having to pay for other streaming apps. You can also customize your subscription and find something more suitable for your needs, by simply contacting Directv Customer Service. To help you out, we have listed some of the most popular networks amongst customers today.

The American Broadcasting Company, commonly known as ABC, is one of the most popular local television networks offered in the USA. The network plays some of the most popular shows, one of them being Shonda Rhimes’ Grey’s Anatomy, starring Ellen Pompeo. You can also catch Marvel’s Agents of S.H.I.E.L.D. It also broadcasts reality TV shows such as Dancing With the Stars and everyone’s guilty pleasure, The Bachelor. The show also covers news with the help of its popular programs, such as Good Morning America.

One of the most popular channels is also one of the most educational ones on the list. It offers viewers a glance at various subjects such as science, technology, animal life, and nature to name a few. Most people are curious about planet Earth, and Discovery Channel offers those answers. Two of the biggest attractions that draw viewers in are Mythbusters and Shark Week. All you need to do is sit back and view the mysterious creatures from the safety of your home.

CBS is a television network that offers subscribers access to its streaming service, CBS All Access. The show televises various popular dramas such as Criminal Minds, NCIS, and CSI, two of the most popular criminal shows in the country. In addition, the network attracts viewers with comedies such as The Big Bang Theory which garnered a strong following during its long run.  For a bit of reality, you can also watch Survivor and Big Brother.

HISTORY is another popular TV network that plays documentaries focused on history and reality television as well. More recently, the channel has started creating original TV shows such as Vikings and has gathered a larger following. The network has started to create content that focuses on topics other than ancient aliens, which still roped in a lot of viewers.

Surprising to see that there is yet another educational network, like National Geographic in this list. The channels offer shows and documentaries that focus on topics like science, history, animals, nature, travel, and so much more about Earth. The network offers something for everyone. So whether you like Science of Stupid or Wicked Tuna, you’re good to go.

FOX is one of the largest networks in the USA and is viewed by a lot of Americans. You can view shows like Empire, Gotham, Bones, and Brooklyn Nine-Nine. It also broadcasts very popular reality shows such as So You Think You Can Dance and Hell’s Kitchen. Sports enthusiasts can also find something for themselves such as NFL and NASCAR. The network offers viewers a little bit of everything that they may need.

The Public Broadcasting Service, or PBS, is a nonprofit organization, and the most popular channel focused on offering educational content to the public. The network offers content for everyone. Younger children can enjoy shows like The Magic School Bus, Sesame Street, or Teletubbies. For adults, you can find shows like Downton Abbey to get a taste of something different.

HBO has become one of the most popular networks since the release of some of the most popular TV shows. You probably know about the hold that Game of Thrones had over the world. HBO’s popularity rose significantly during the show’s run and has since released other content. Their most recent release, Euphoria, has also garnered a huge fan base for its adult and explicit content. You can also catch other shows like True Detective, Westworld, and Veep, to name a few.

Cable TV can offer you a large variety of shows. It is a one-stop source for News, Sports, Music, Movies, Documentaries, and so much more. If you are rethinking your streaming subscriptions, browsing through Directv packages would be the best option for you.